In a time of exploding collection of various cryptocurrencies for all kinds of purposes how do you know which one is the best for you? Well, if you are interested in anonymous untraceble currency transfers, the anonymous coins are for you. But which one to choose? Here is a quick overview listing the vulnenerabilities of the best alternatives with a clear winner.

SPECTRE (XSPEC) was originally based on the now abandoned Shadow coin project, but has now added more safety features.
Spectre coin has a rich list, not empty.
There are still some bugs in the  SpectreCoin wallet.
SpectreCoin uses Proof-of-Stake.
SpectreCoin operates on the Tor network and uses OSPF4 or Meek to transform TOR traffic into innocent looking traffic, to hide it from deep packet inspection at the end points that some censoring countries use.
Stealth addresses are currently optional, but will be default Q2 2018.
SpectreCoin supports Dual stealth addresses (stealth at both sender and receiver ends) and Splitting (splitting of sum, then rebuilding at end point).
SpectreCoin also supports Ring signatures for private sending and receiving of coins, but currently this is not reliable because there are too few "tokens" available for making a ring-signature.
Spectre tokens that are stored as "private balance" in the wallet are not visible in the block explorer.
The Spectre wallet exists completely within TOR hidden services and never utilizes potentially compromised exit nodes.
Transaction speed 30-60s.
SpectreCoin has 5% interest rate.

DeepOnion (ONION) developers hold more than 50% of the coins (= special interest and where lies their interests?).
DeeoOnion HAS a rich list, NOT empty.
DeepOnion uses both Proof-of-Work and Proof-of-Stake.

DeepOnion operates on the Tor network.
DeepOnion does not offer transaction privacy, all transactions are publicly visible

Verges (XVG) pedigree seems as multifaceted as it is opaque.
Verge uses multiple anonymity-centric networks such as Tor and I2P, meaning the IP addresses of the users are obfuscated and the transactions are completely untraceable.
Verge launched a buggy Wraith protocol January 1st, meant to allow users to choose between transparent or anonymous transactions freely.
Verge will add Ring CT as anonymity component Q2 2018.


Monero (XMR) is a fork of Bytecoin.
Monero has a viewkey that will show transactions if you want to reveal it.
Monero has a rich list, but it is empty which is a good thing.
Monero has a high transaction fee compared to other anonymous coins.
Monero uses Ring-CT, an extended form of ring signatures to obfuscate transactions.
Monero uses stealth adresses.
Monero forces mixing of coins.
Monero uses Proof-of-Work and is optimized for CPU mining.
Monero plans to add an I2P implementation called "Kovri" that add an extra layer of anonymity, but it's not the default yet.
Monero can also run via Tor, but only using it as a proxy that uses Tor exit nodes, which comes with some problems.

PIVX (PIVX) is a fork of DASH.
PIVX uses masternode mixing.
PIVX uses masternodes, so NOT decentralized.
PIVX HAS a rich list, NOT empty. However, PIVX uses the Zerocoin protocol Zpiv, which CAN mask your wealth. It also makes your the transaction history untraceable.
PIVX has 5% interest rate.

ZCASH (ZEC) is based on Zerocoin/Zerocash.
ZCASH requires at least 8GB RAM to make an anonymous transaction.
Mixing is not enforced on both ends of transaction.
Tor connection.
ZCASH uses ZKSNARKS to encrypt transaction data using Zero Knowledge Proofs.
ZCASH uses brand new encryption, which might still be buggy.
ZCASH faces is the “trusted setup”, the so called cryptographic “toxic waste” which can allow someone to  create coins out of thin air without anyone noticing.
ZCASH is backed by US-based company and we all know NSA might require them to hand over all user registers just like happened to Hushmail.
It has been found that 31.5 percent of transactions using zk-SNARKS cryptography could be circumstantially linked to their original address.
ZCASH will tax 20% of the mining revenue during the very first four years to pay off private investors.

NAV coin (NAV) is decentralized.
NAV coin has a rich list, NOT empty.
NAV coin uses NAVTech for anonymization, which encrypts payment information and sends it through a second blockchain which completely breaks all links between the two addresses.
NAV coin servers running NavTech software can be logged, by their operators and/or have their software changed. NavTech 2.0 will take this away when every full node will be able to process anonymous transactions. This will make the system more decentralized and safe.
NAV coin still has too low transaction volumes to ensure anonymous transactions.
NAV coin has up to 5% interest rate.

Shadow cash (SDC) has a rich list.
Shadow cash uses ring signatures and dual-key stealth addressess.
The ShadowCash team have stopped working on the Shadow Project and are now working on a new and improved project called Particl.

Particl (PART) is based on Bitcoin.
Particl encrypts the client side of a transaction.
Particl HAS a rich list, NOT empty.
The annual interest rate of PART tokens is 5% the first year and drops 1% each year until year 4 where it levels out at 2%.
Particl has created a marketplace called Particl Market.

Cloakcoin (CLOAK) employs Enigma technology that allows users to mix transactions outside the blockchain room.
CLOAK uses CloakShield, their own version of a TOR network.
CLOAK has no masternodes.
CLOAK HAS a rich list, but stealth adresses are available safekeeping your anonymity.
CLOAK is not based on any other coin, it is in fact their completely own coin (!). It will however become based on Litecoin in 2018 Q2, which on the other side will give it immediate access to the Lightning network.
CLOAK is not backed by US-company.
CLOAK uses Proof-of-Stake.
CLOAK has no central service for storing the ledgers. The ledgers are distributed to the wallets.
CLOAK has 6% yearly interest rate AND you get a transaction payment of 1.8% for each transaction you help cloak.
Transaction time 60s.


So, the conclusion of this short overview leaves Cloak coin the winner with Monero as a strong second place. At least for now, until competitors like Spectre coin have reached enough users to be able to create reliable ring signatures and NAV coin have activated NAVTech 2.0 and Verge has added Ring CT.
Beside the advantage of being the most anonymous cryptocurrency out there, CLOAK coin  has one of the best pay back schemes: it gives you a 6% yearly interest on you holdings (as long as you keep your e-wallet unlocked a few times a month) AND you get a transaction fee of 1.8% paid out to you for every cloaking you participate in (happens automatically in the background).

Hopefully this little overview has given you some more knowledge to base your decision on in the world of anonymous cryptocurrencies.

If true that the NSA has infiltrated the TOR and IPS networks, then DeepOnion, Spectrecoin, Verge and Monero are all out of the game as they no longer can be considered secure enough for anonymous transactions.
But, considering how spy agencies work, it is likely that they cannot monitor TOR/IP2 networks and try this stunt to drive users away from them and into the networks they CAN monitor.

Uppdate 2018-02-05
Verge uses hidden services. At no point is information in the clear and routing is hidden. A compromised tor node would not affect this.

Thanks for the great list. Here you can find a deep Altcoins review. Many altcoins you forgot to mention, and I think you should update your list next time. 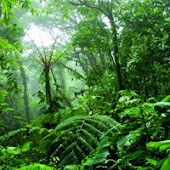